The day started with wispy fog along the water and shore of Lummi Island. Gradually sockeye salmon began to swim over the net, and along with them came 2 chinook salmon, which ordinarily we would return to the water unharmed. But this was no ordinary day. All the world is grieving with a young mother orca, whose baby died after only a half hour of life. As she carried her baby in a circular journed around the Salish Sea, she did not eat, and after 10 days she is starving. Lummi nation elders, along with NOAA, Washington State, and other officials, had arranged an extraordinary intervention: to “shoot” live chinook salmon from the stern of a boat, so that to the orca the fish would seem to come from nowhere.

Orcas will eat only live, vigorous salmon, mostly chinook. The only commercial gear type that can provide these live salmon are the reefnets. We keep all salmon alive until they are sorted and bled. So, at 1 pm, the Lummi fisheries patrol boat pulled up alongside, and Chairman Jay Julius came aboard our reefnet to transfer the vigorous chinook into a waiting live tank.

It wasn’t long after they left that sockeye started coming in large schools. One was a school of 100. Soon our live well was full and we had to take time to bleed the fish into brailers, to deliver to the waiting tender. This was one of the all-time best day for the small reefnet fleet, proof that the Fraser River sockeye run is back. 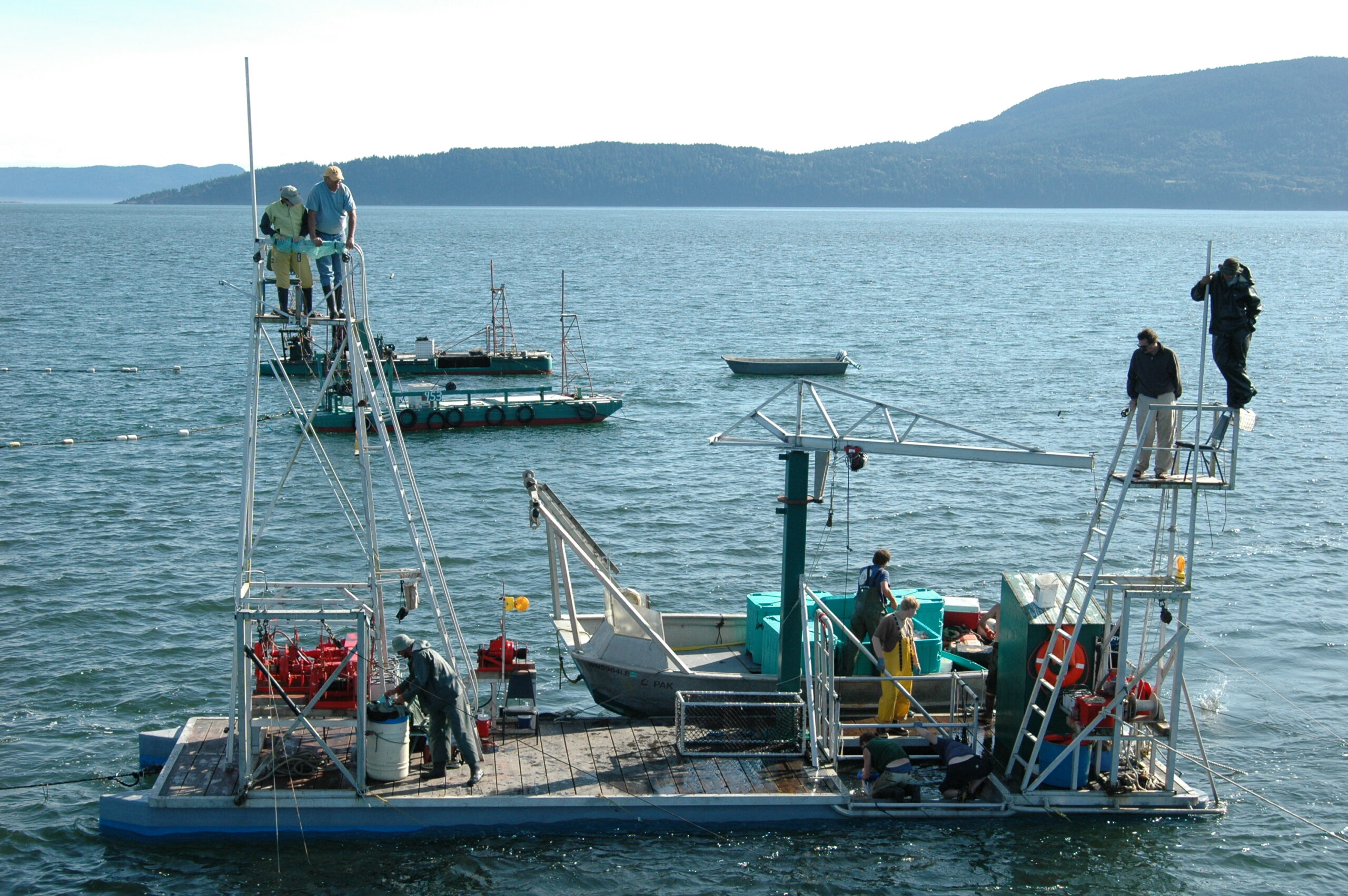 About the Author: Riley Starks

Riley is the founder and Executive Director of the Salish Center for Sustainable Fishing Methods. Its goal is to educate the public about the fragility of the Salish Sea, the reefnet fishing industry, and the advantages of using sustainable fishing methods.